Milan lost to Spezia at 90+5 minutes

Coach Piolo’s teachers and students lost to Spezia 1-2 in the match of the 22nd round of Serie A on the morning of January 18 (Hanoi time).

Milan played well in the first half and opened the scoring in the 45+1 minute. However, the lack of concentration in the defense made the home team conceded a goal in the 64th minute. 90+5, coach Stefano Pioli’s army fell when Emmanuel Gyasi netted Mike Maignan to complete the comeback. for the away team. 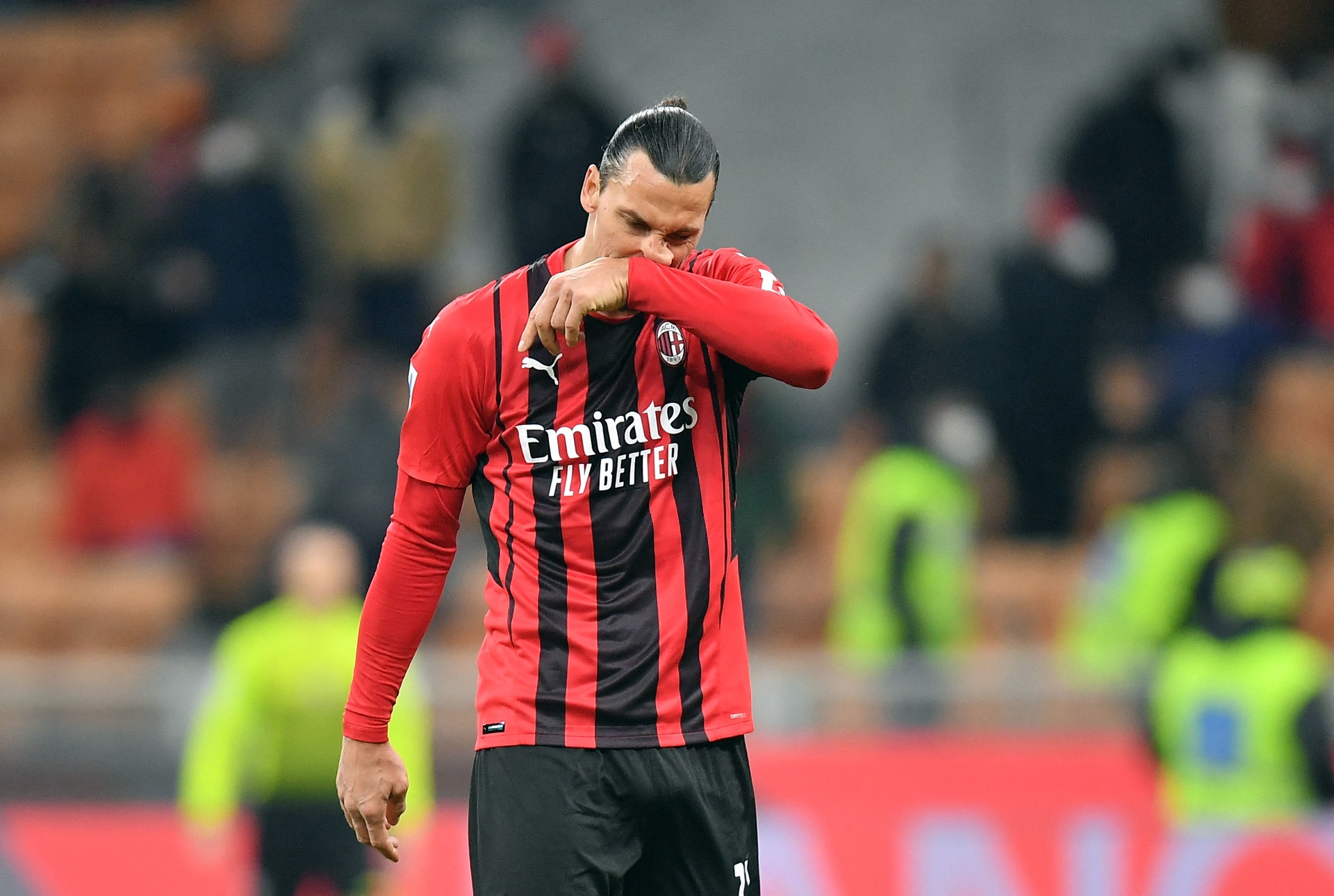 In the round of Inter only 1 point, Milan again empty-handed. Zlatan Ibrahimovic and his teammates missed the opportunity to go to the top of the table. The Rossoneri have 48 points, still 2 points behind their city rivals but have played more than one match.

After a series of efforts to stop in the first half, Milan had a clear opportunity to open the scoring. In the 44th minute, goalkeeper Ivan Provedel controlled the error and then fouled Rafael Leao in the penalty area. The penalty was awarded to the home team, but captain Theo Hernandez shot it out. 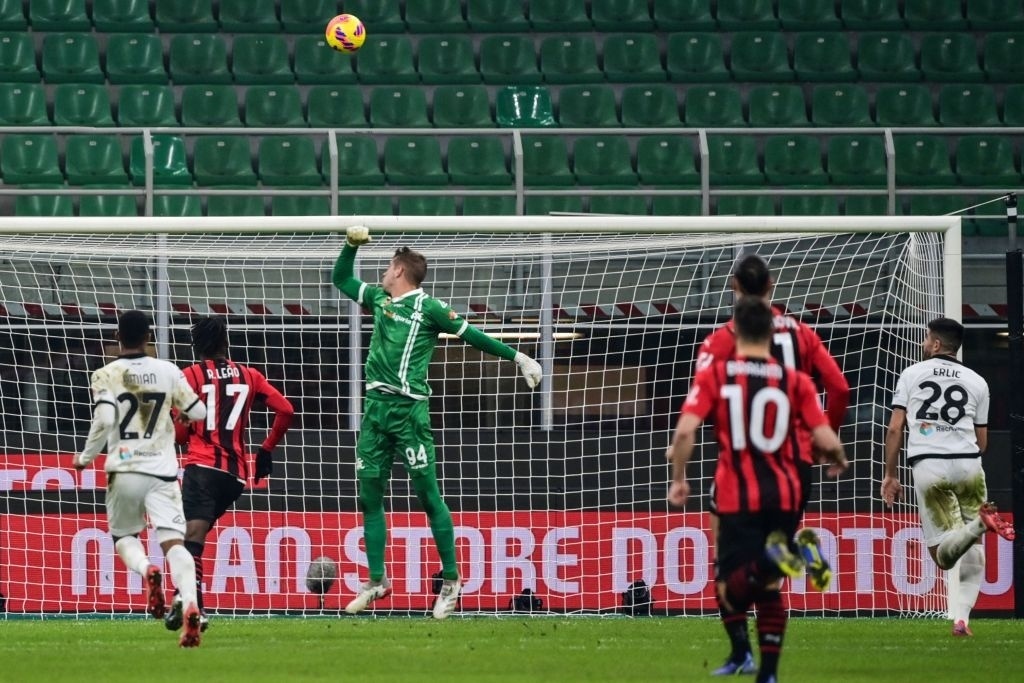 Home fans do not have to regret for too long. Only 1 minute after Theo kicked 11 meters, the Spezia defense continued to make mistakes. Leao once again made an impression with a running phase and a technical tire over the goalkeeper’s head to bring the red and black striped army forward.

The young Portuguese striker is in good form this season with 8 goals and 4 assists after 23 appearances in all competitions. In the last 4 matches, Leao has scored 3 goals and provided 2 assists.

Spezia did not attack massively, but just a moment of distraction, Milan’s defense had to pay with a goal in the 64th minute. After a cross from the left wing, Kevin Agudelo hit the finish line close to the goal to lower the goalkeeper Maignan. 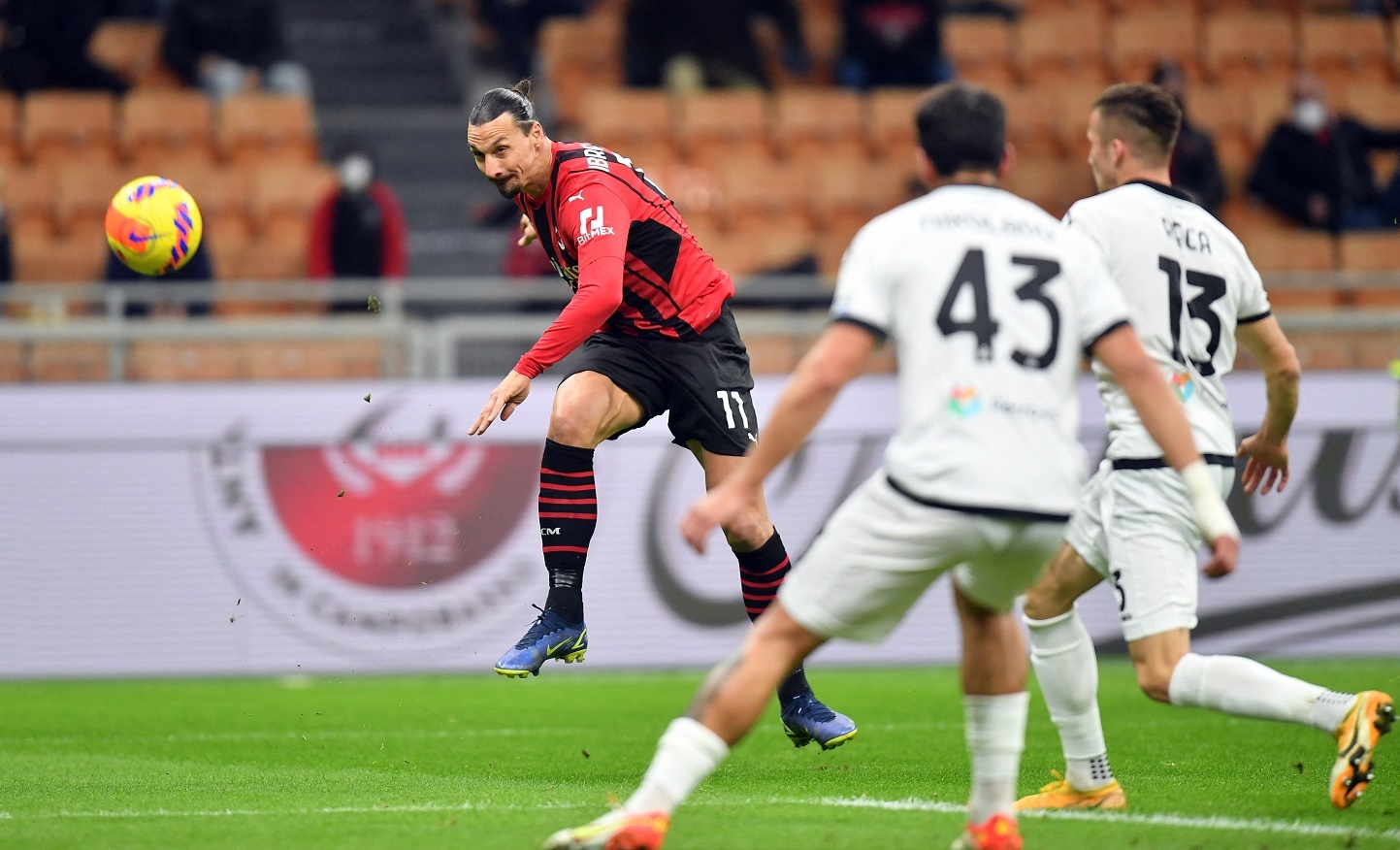 Drama is pushed up at the end of the game. Minutes 90+2, Messias Jr hit the net of Spezia. However, the referee disallowed the goal and ordered Milan to take a free kick because Ante Rebic had been fouled earlier. In a fixed situation, Ibrahimovic fired a tight shot but not dangerous enough to defeat the away team’s keeper. 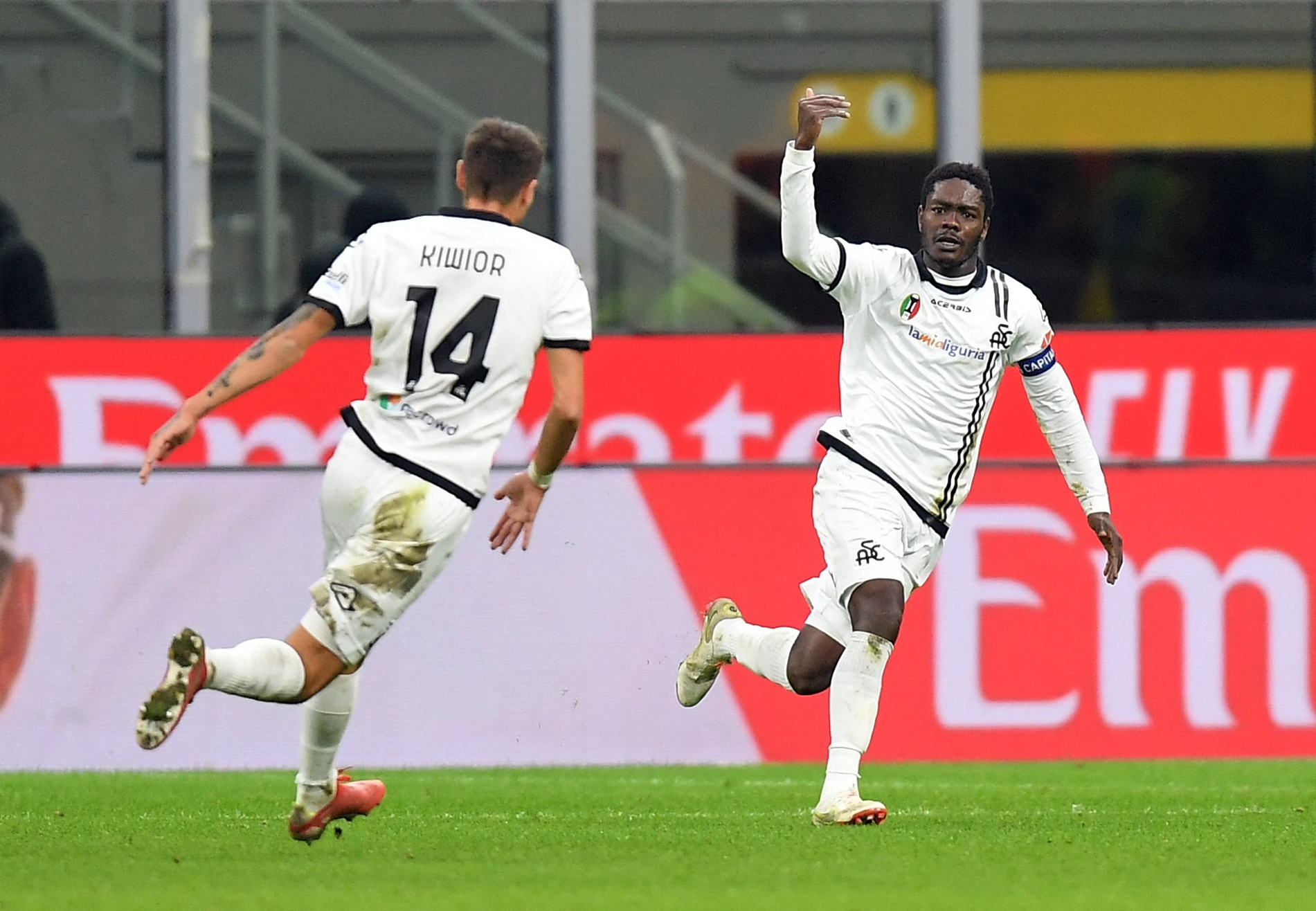 Milan pushed the squad all the way up to find a goal but failed. The host must receive the bitter fruit at 90+5 minutes. In a counter-attack, Viktor Kovalenko accurately passed from the left to his teammates on the opposite wing to score an emotional 2-1 victory for Spezia.